Smokeless tobacco comes in the form of snuff and chewing tobacco. Snuff is powdered tobacco or finely cut leaves and is available either dry or moist. It is commonly used as a “pinch” and placed between the lip and gum. The procedure is called “dipping.”

Chewing tobacco is either shredded or “loose-leaf,” compressed into cakes called “plugs,” or dried and twisted into ropelike strands known as “twists.” Smokeless tobacco was widely used until about one hundred years ago when machine-made cigarettes replaced it.

Recently there has been a resurrection of its use in the Western world, although chewing is widespread in various countries. More than 12 million people use smokeless tobacco in the United States, and its use is growing. It is most widely used among teenagers and young adult men, but girls and women take up the habit.

Famous athletes and singers promote it. While smoking is being declared dangerous to health, smokeless tobacco is considered “safe” and an acceptable substitute for smoking. Some parents even provide it for their children and pack it in their school lunches. A bulge in the cheek is becoming a symbol of manliness and strength.

Dangers of Smokeless Tobacco and Facts

While smokeless tobacco does not contain those chemicals produced in the burning process, it has more than one thousand substances naturally present in the tobacco leaf, including some that are destroyed when the leaf is burned. Health authorities are especially concerned about the nicotine and cancer-producing chemicals in chewing tobacco and snuff.

Nicotine is one of the major villains present in tobacco smoke, and the amount entering the bloodstream of the chewer or dipper is just as high as, if not higher than, that from smoking cigarettes. The nicotine in smokeless tobacco raises the adrenaline and cholesterol levels, increases the blood pressure and heart rate, and by “unbuckling” the cells lining the arteries, accelerates atherosclerosis development.

Atherosclerosis causes heart disease and stroke, which are two of the highest killers in our society. Nicotine produces as intense an addiction as do many of the so-called “hard drugs.” Authorities involved in our children and youth’s health express deep concern for the future of so many who are addicted at so young an age.

Youth who have become smokeless tobacco users are often told when dating that chewing is not acceptable, but smoking is. Chewers who become smokers tend to inhale deeply to get the desired nicotine level, and they face severe problems in the years to come.

Carcinogens are another concern for the chewer and dipper. The worst villains are the N-nitrosamines, the largest group of cancer-producing compounds in tobacco. Other cancer-causing agents are the aromatic-hydrocarbons and radiation-emitting polonium-210. Each one contributes to its influence on the initiation and promotion of life-destroying cancer.

Users of smokeless tobacco worldwide have a much higher risk of cancer of the mouth than do nonusers. The most common site is where the tobacco quid is in contact with the mucous membrane—the cheek, tongue, and lips. Generally, a white patch called leukoplakia develops first, which becomes precancerous and finally turns into full-blown cancer.

Wherever the tobacco juices bathe the tissues—the pharynx, upper larynx, esophagus, and stomach—the smokeless tobacco user has a higher risk of cancer. In countries where pan (a pepper leaf, betel or areca nut, and lime) is added to the chewing tobacco, the incidence of cancer is significantly increased compared to the use of either pan or tobacco alone.

Besides cancer, tobacco held in the mouth causes erosion and inflammation of the gums (gingivitis), and, because of accelerated plaque formation, increased tooth decay.

Quitting Smokeless Tobacco. As with smoking, it is the nicotine in the smokeless tobacco that makes it difficult to break the habit. The same program employed in overcoming smoking works for smokeless tobacco. If you dip or chew, the benefits of quitting are real and significant. Why take chances when you do not have to? Quit today. 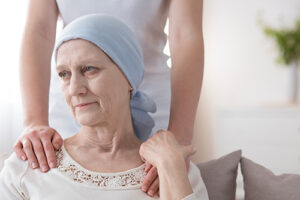 Top 5 Cancers Most Prominent in Seniors 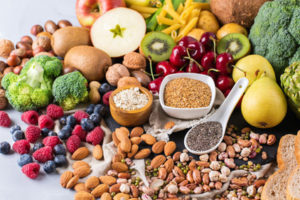 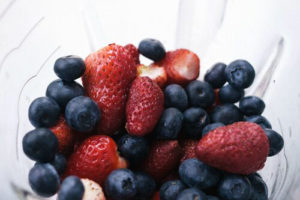