Finding the right foods to eat with Crohn’s disease is a significant first step in controlling this condition. Crohn’s disease is a particular type of inflammation that affects both the small and large intestines. Its causes are not well understood. However, Crohn’s disease is related to the fiber and vegetable-poor, refined, and processed food-rich diets common in western societies. It is a disease that commonly affects those whose diet is almost exclusively made up of “fast food.”

This chronic disease has no effective treatment. It consists of periods of acute abdominal pain and diarrhea, followed by relative improvement. It resists healing and may require surgery to remove sections of the affected intestine.

The best foods to eat with Crohn’s disease listed here are first and foremost preventative and may lengthen the periods between acute phases and mitigate those that do occur. It is essential to follow a special inflammatory bowel disease diet and lifestyle under medical supervision during critical stages.

1. FIBER: A fiber-rich Crohn’s disease diet protects against this condition. Soluble fiber found in fruits and vegetables is preferable to insoluble fiber because it does not irritate the mucosa.

3. FISH OIL: Fish oil supplements can reduce the frequency of acute attacks of Crohn’s disease, but it cannot prevent them.

4. FOLATES: When it comes to Crohn disease diet and nutrition, most patients are frequently deficient in this vitamin because of impaired intestinal absorption. Additionally, some pharmaceuticals used to treat the disease, such as sulfasalazine, work against the effects of folates. As long as they are tolerated, folate supplements should be taken. Additionally, consumption of folate-rich vegetables, mostly the green leafy kind, should be increased.

5. IRON: This disease tends to produce a loss of blood because of small intestinal hemorrhages and the possibility of reducing iron absorption. Spirulina and sesame are good sources of iron adequate for Crohn’s disease.

Foods to Avoid With Crohn’s Disease

1. SUGARS: An investigation carried out at the Karolinska Institute in Stockholm shows that sugar and Crohn’s disease do not mix; for instance, those who eat a great deal of sugar (55 g or more a day) are at almost three times the risk of Crohn’s disease than those who eat 15 g or less per day.

2. HAMBURGERS: The hamburger is the epitome of “fast food,” together with French fried potatoes, ice cream, and refined baked goods. Those who eat this type of food two or more times a week are at three and a half times greater risk of Crohn’s disease, according to the Karolinska Institute in Stockholm (Sweden).

3. SHELLFISH: Shellfish contain substances that irritate the digestive tract and are challenging to digest. Their consumption aggravates the course of this condition.

4. BREWER’S YEAST: There is suspicion that brewer’s yeast may precipitate this disease in persons sensitive to yeasts. Beer and bread products that contain yeast residue may be harmful as well. The best course of action for those with Crohn’s is to avoid brewer’s yeast and all foods, in general, containing yeast.

5. GLUTEN: Gluten can cause intestinal inflammation in sensitive people. It is also believed that it may even worsen or aggravate attacks of Crohn’s. Wheat, barley, and rye are the most gluten-rich grains and the ones that should be avoided. Therefore, a gluten-free diet is recommended, as well as foods that reduce intestinal inflammation.

6. FLOURS: These should be avoided since they can promote intolerance and worsen Crohn’s disease symptoms.

7. NUTS: Nuts can cause intestinal allergy. They should be eaten with caution in Crohn’s disease, monitoring to make sure that they do not worsen the condition. 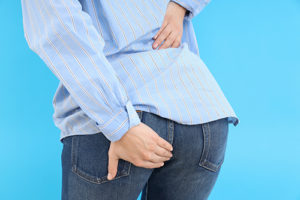 Herbs for The Rectum and Anus 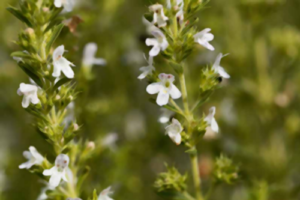 Herbs For The Digestive System 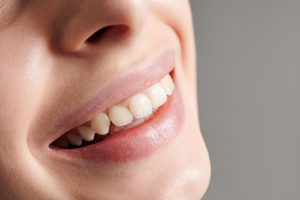 Herbs For Teeth and Gums