Before we get to the diabetic friendly foods, let’s learn a little more about this condition. So-called diabetes ‘Mellitus’ is a disorder of the metabolism of glucose. It is quite common in Western countries. In reality, this term includes two diseases whose common characteristic is an elevated level of sugar in the blood.

Type II diabetics tend to be obese and present disorders associated with fat metabolism, with excess cholesterol, and triglycerides since insulin promote the synthesis and accumulation of fat. Adult type II diabetics rarely need to be treated with insulin. They normally respond well to an adequate anti-diabetic diet.

To avoid the complications of diabetes it is essential to consume diabetic friendly foods and follow a dietetic treatment with frequent blood glucose level control. Diabetics must be constant and careful with their diet for the rest of their lives.

Those foods recommended in this table contribute significantly to the control of diabetes and the avoidance of its complications. They should, therefore, be included in any dietetic plan established by a specialist.

Those foods whose use should be reduced or eliminated have been showed to initiate or exacerbate diabetes. The diabetic the bears these simple recommendations in mind will have accomplished a great deal toward control of the disease.

LEGUMES: Despite containing between 20% and 30% carbohydrates, legumes are very well tolerated by diabetics. They help regulate the level of glucose in the blood because of their fiber content and the unique histological structure of their seeds. Therefore, legumes are on the top of the list among diabetic friendly foods.

VEGETABLES: All vegetables are very well tolerated by diabetics and, because of their low-calorie content, they help prevent or treat obesity typical of adult diabetics. Particularly appropriate are: broccoli, cauliflower, all types of cabbage, including sauerkraut, endive, escarole, lettuce, green beans, peas, and cucumber.

WHOLE GRAINS: Studies performed at Harvard University’s School of Public Health confirm the hypothesis that high-sugar and low-whole—grain foods increase diabetes risk. In addition to preventing diabetes, whole grains are well tolerated by these patients and should be used liberally, particularly barley, oats, and wheat.

FRUIT: The idea that diabetics should not eat fruit because of its sugar content is a serious error. Fruits are among the many diabetic friendly foods since it contains antioxidant vitamins that mitigate the course of the disease and protect against the cardiovascular complications that tend to accompany it. The only precautions are the need to control their use to avoid excess sugar, and not to eat dried fruits. Mangos and bananas are the best tolerated.

NUTS: Oil-bearing nuts, as well as sunflower and squash seeds, supply energy in the form of easily assimilated fatty acids, vitamins B and E, and minerals. Since they are also rather poor in carbohydrates, they are easily amongst the great diabetic friendly foods.

ARTICHOKE: The artichoke’s active ingredient, cynarin, is mildly hypoglycemic. It also contains inulin, a carbohydrate beneficial to diabetics that are formed from fructose molecules.

CELERY: Celery helps regulate blood glucose level, reduces cholesterol, and neutralizes excess acids that may be produced in the body because of diabetes.

AVOCADO: Avocado helps maintain an adequate blood sugar level, reduces cholesterol, and balances the fat composition in the blood, all of which is particularly beneficial to diabetics.

ONION: Onions help reduce blood glucose in cases of diabetics. They are also blood alkalizers and protect against arteriosclerosis, which is beneficial to the diabetic.

MUSHROOM: Studies carried out with laboratory animals at the University of Surrey (UK) show that mushrooms produce significant improvement in the course of the disease. They also supply proteins, B group vitamins, and very few carbohydrates.

NOPAL: Studies in Mexico show that consumption of the fleshy leaves of the nopal produces a rapid drop in the glycemia level, but only in those with non-insulin dependent diabetes, and never in healthy individuals. That is why this popular Mexican prickly pear is an efficient complement in the treatment of type II diabetes.

POTATO: Potatoes provide complex carbohydrates and fiber, which causes them to release glucose slowly during digestion. In controlled amounts, they are a well-tolerated addition to the list of diabetic friendly foods. Potatoes do not cause abrupt drops in blood glucose levels.

WHEAT GERM: The combined action of vitamin B and E present in wheat germ explains its anti-diabetic effect: 4 or 5 spoonfuls can reduce the glucose level and the need for insulin.

GUAR: The gum extracted from the seeds of this Asian tree is used as a treatment for diabetes because it slows the absorption of glucose from other foods and prevents its level from increasing in the blood. Guar is also used as a natural thickening additive. Again, another great addition to the list of diabetic friendly foods.

ANTIOXIDANTS: These protect the cells from the harm occasioned by excess sugar in the extracellular media, and its lack in the intracellular space. Provitamin A, vitamin C, and vitamin E, as well as flavonoids, are the most effective natural antioxidants. They may be taken as supplements, or better still, as part of fresh fruits, vegetables, and nuts.

B GROUP VITAMINS: Vitamins B1, B2 and B6 are essential for glucose metabolism, transforming it into energy. Because of this, diabetics must assure a good supply. Wheat germ, brewer’s yeast, legumes, and nuts are all good sources of these vitamins.

MAGNESIUM: Adult diabetics run the risk of a lack of this mineral involved in insulin production in the pancreas. Wheat bran, nuts, seeds, and legumes are good sources of magnesium.

TRACE ELEMENTS: Chromium, copper, and manganese are involved in insulin production. Chromium is found primarily in eggs, fresh fruits and vegetables, wheat germ, and brewer’s yeast. Molasses is also rich in chromium and other trace elements, but it must be used with great care in case of diabetes.

FRUCTOSE: Fructose is a monosaccharide sweeter than saccharose or common sugar. It is found naturally in fruits, together with glucose and saccharose. It requires less insulin for metabolism, so diabetics assimilate it more easily than glucose. It is important, however, that fructose not be abused. Its liberal use, isolated from other sugars, produces a variety of disorders such as an increase in triglycerides and uric acid in the blood. 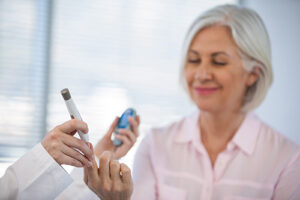 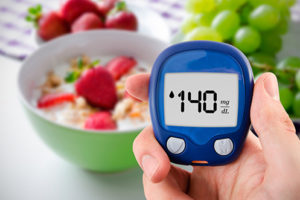 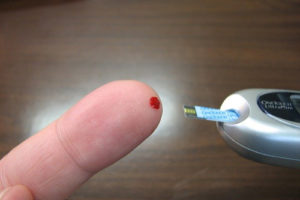 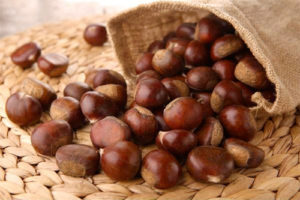