The best foods for humans can be just about anything, from mammary secretions (milk) to mineral crystals (common salt), together with fruits, seeds, flowers, stalks, leaves, roots, fungus, seaweed, eggs of birds and fish, or the carcasses of various animals. All these, processed to a greater or lesser degree, provide thousands of different foods to the market.

Does the fact that we can eat this whole variety of foods mean that all of them are equally fit for human consumption? Is there an ideal diet for humans that, besides being nourished, maintains health and prevents disease?

The engineer has finished his work. The shining engine he has built is sitting on the test bench, ready to be started for the first time. “Here is the fuel that must be used in this engine,” says the engineer to his assistants, “No other will give optimal results. And don’t forget the oil. It must be exactly of this type!” Only the one who has planned and built an engine can knowledgeably prescribe the type of fuel and lubricant the mechanism needs.

And is it not this way with humans? If human presence on planet Earth is just a random and unexpected consequence of evolutionary chance, then there should not be any particularly ideal foods. Man would have adapted to whatever foods were available, and whatever those might have been, they would have provided good health and well-being.

However, if superior Intelligence is created for humans according to a specific plan and for a particular purpose, there should be specially designed foods to maintain optimal physiological performance. Many believers find answers to these questions in the first chapters of Genesis, where it says that plants that bear seeds, grains, and, in a broader sense, legumes, fruit from trees, and vegetables that were added later, constitute the ideal diet for the human species.

Adaptation, yes, but Not by Elimination of Necessary Foods

Humans possess a great capacity to adapt physiologically to many diverse types of foods. Despite this, nutrition science has demonstrated that certain foods, such as fruit and fresh vegetables, cannot be eliminated. Not just any diet can generate excellent health. No matter how well we adjust to foods that are not standard, such as those of animal origin, we still need vegetables that are the most healthful and suitable. For example, Alaskan Eskimos have adapted to a diet rich in fish. Still, they suffer several chronic diseases due to low consumption of fruit and vegetables.

There has been a precipitously growing number of scientific discoveries in recent years related to foods of vegetable origin. As methods of chemical analysis have become more precise, it is being proved that fruits, grains, legumes, and vegetables contain, in addition to nutrients found in all foods, two types of compounds that are not observed in foods of animal origin:

Many scientists are curious about the origin and significance of these beneficial substances found only in vegetables. Why do humans need them for their health? Why do they continue to need them after centuries or millennia of adaptation to a carnivorous diet, such as the traditional diet of the Eskimos? Why is there an ideal diet for the health of humans?

There are two options

Some believe humans found plants and vegetable foods possessing healing powers by chance. According to this reasoning, these vegetables evolved the capacity to synthesize precisely those nutritional and healing substances that humans would need long before humans existed.

But we may also consider, with no less validity, a rational alternative: that a superior Being created Man and Woman, providing them with an ideal “fuel”: vegetable foods. Without a doubt, many things have happened since then. Therefore, in the present state of nature and humanity, foods of animal origin can sometimes become necessary, although dispensable.

This notwithstanding, the basis of human nutrition and an essential source of health-producing materials continue to be fruit, grains, seeds, and vegetables. The exception, of course, is the first phase of life (lactation). And the same conclusion in either of these cases, no matter what one may believe about origins, is that numerous scientific studies demonstrate that prepared vegetable foods provide the best “fuel” for our “engine.”

They supply the energy necessary to function and the substances to slow the “wear and tear” of the years and help prevent “breakdown.” And do not forget to provide the best oil for this “engine!”

Although foods of vegetable origin hold the most healing powers, some of animal origin stand out because of their preventative and healing properties.

Honey and Other Products of the Hive

Fish oils are used for their anti-inflammatory and hypolipidemic (lowers blood triglyceride levels) effects. Fish liver oil has long been used to prevent rickets because of its high vitamin D content, although manufactured preparations are preferred today.

Beef liver and other mammals have been used in treating several types of anemia because of their high content of iron and vitamin B12. Manufactured products are preferred today due, among other reasons, to the elevated level of chemical contamination present in the organs of animals. 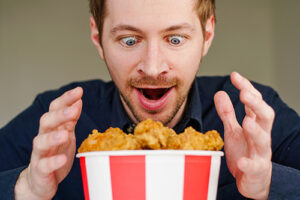 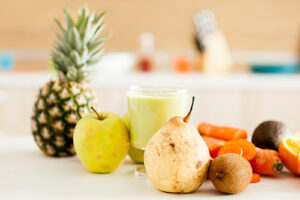 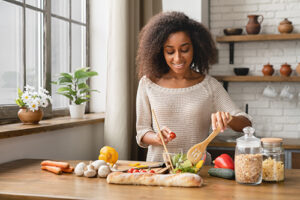 The 6 Phases of Nutrition for Ideal Health 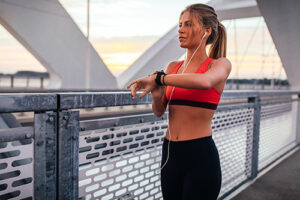 Discover The Benefits of Intuitive Eating