The foods to avoid with psoriasis are common everyday foods that you will have to eliminate or lessen if you want to help get your psoriasis under control.

The fundamental cause of psoriasis is not known. One in three appear to have some hereditary factor. The essential problem is an overproduction of epidermal cells. The replacement of these cells takes place every twenty-eight days. In psoriasis, because of rapid production.

Replacement occurs in three to four days. The severity of the illness varies widely. An acute attack usually ends spontaneously, but the condition often recurs. Hot weather, humidity, and sunlight aid, while cold weather hinders recovery. Emotional stress, an infection such as a sore throat, an injury of the skin, alcohol, and general debility tend to precipitate an attack. In psoriasis, the nails characteristically become pitted, contain spots of yellowish discoloration, and toward the tips may separate from their beds.

Foods to avoid With psoriasis

MILK: Milk and dairy products, in general, exacerbate most skin diseases, including psoriasis.

MEAT: Meat and particularly variety meats encourage the inflammatory processes and psoriasis because of their arachidonic acid content.

ALCOHOLIC BEVERAGES: Alcohol dilates the blood vessels in the skin, which increases the itching and redness of psoriasis.

VEGETABLES: Many of these contain a substance called psoralen that increases photosensitization. Celery and lettuce are two of the best foods for psoriasis. Sunbathing after eating these vegetables, improves psoriasis.

FISH OIL: Omega-3 fatty acids in fish oil can improve psoriasis. Oily fish such as tuna, salmon, and sardines have a similar effect.

MOLASSES: Molasses is very rich in minerals and trace elements such as selenium and zinc, which improves psoriasis.

VITAMIN A: Dark green and orange vegetables such as spinach and carrots and fruit such as apricots and mangos provide beta-carotene that transforms into vitamin A in the body. This process is essential for healthy skin cells.

APRICOT: Due to their content of provitamin A, apricots increase resistance to infections. They are recommended for chronic pharyngitis, sinusitis, eczema, and psoriasis.

CELERY: Celery contains psoralens, substances that can produce hypersensitivity to sunlight in predisposed individuals. These same substances provide a protective effect in cases of psoriasis, a disease that is difficult to treat, which is characterized by reddish eruptions and scales on the skin.

Raw-foods diet benefits for the skin

Many skin conditions, particularly those that are allergy-related, disappear by eating a diet based on raw fruits and vegetables for several days. It is best to eat fruits and vegetables in their natural state without culinary or industrial processing. You can dress salads in oil and lemon.

You can slowly add other foods such as bread, grains, legumes, dairy products, etcetera, back into the diet until you identify the food or foods that are causing the skin allergy. In many cases, the underlying agents are additives or spices. In addition to staying away from the food that causes the skin conditions, those with sensitive skin will improve with a diet rich in unprocessed, raw plant-based foods. 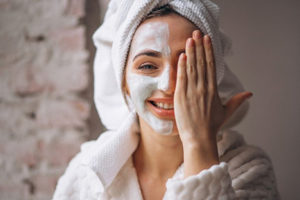 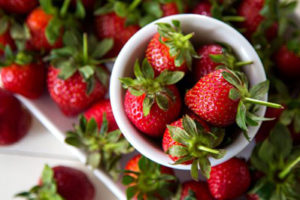 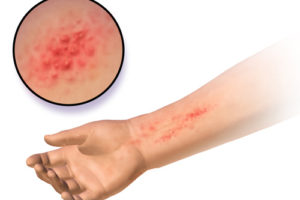 How To Treat Dermatitis 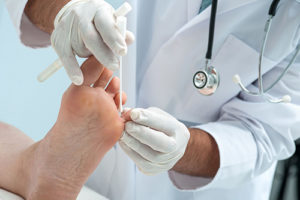 Fungal Infections of The Skin