Bronchitis is the inflammation of the mucosa lining the bronchial passages. It is usually caused by infection and is exacerbated by inhalation of irritant fumes such as tobacco smoke. There are various foods to eat when sick with bronchitis that contains healing properties such as:

Foods To Eat When Sick With Bronchitis

ONION: The essential oil in onions responsible for their typical odor is a mucolytic, expectorant, and an antibiotic, which is very suitable for acute or chronic bronchitis. To take full advantage of their healing power, they are best eaten raw. It is also useful to inhale their essence.

GARLIC: The sulfurated essence of garlic is antibiotic and mucolytic. Since this essence is eliminated through the respiratory system through the breath, it is beneficial in respiratory infections.

RADISH: Radishes are amongst the best foods to eat when sick with bronchitis because it contains a piquant sulfurated essence that facilitates the removal of excess bronchial mucus.

HORSERADISH: The composition and activity of horseradish are similar to those of the common radish. They decongest and cleanse the bronchial tubes.

LEEK: Leeks contain an essence that has a mucus-dissolving action that is similar to that of onions.

WATERCRESS: Watercress contains a sulfurated compound that gives it its slightly piquant flavor and serves as an expectorant.

JUJUBE: Due to the mucilage that it contains, it softens the respiratory tract and enables expectoration, which is beneficial in cases of bronchitis.

DATE: Dates are a great addition to this list of foods to eat when sick with bronchitis because they soften the respiratory mucosa. When boiled in milk, they form a traditional remedy for bronchitis and bronchial colds.

BORAGE: This food contains emollient mucilage. It is most beneficial to the bronchial tubes used together with its broth after boiling.

FIG: Figs quiet cough, are expectorant, and soothe the respiratory tract. Besides, they are a source of iron and B vitamins.

OKRA: Okra is a popular food in the Middle East. It is very rich in mucilage, which soothes the digestive and respiratory tracts.

HONEY: Honey has a mild sedating, antitussive, and emollient effect on the respiratory system.

PROPOLIS: Propolis is a natural antibiotic produced by bees using vegetable resins and waxes. It protects and reduces inflammation in the respiratory tract and is effective against viruses. Its use is recommended in cases of acute infectious bronchitis and chronic conditions caused by tobacco or other causes.

VITAMIN A: Vitamin A is necessary for the health of the cells that line the bronchial tubes. Carrots, leafy green vegetables, and fruits such as mangos or apricots are good beta-carotene sources, transforming into vitamin A in the body.

Foods To Avoid When Sick With Bronchitis

SALT: Sodium retains fluid in the tissues, which is detrimental in the presence of an infectious or inflammatory process such as bronchitis. Reducing or eliminating salt (particularly the hidden salt in processed foods) is an excellent indication of how to cure bronchitis fast.

SATURATED FAT: Excess saturated fat, common in the omnivorous Western diet, weakens the immune system, and slows recovery from bronchitis. Saturated fats are among the main foods to avoid when you have a chest infection and bronchitis. 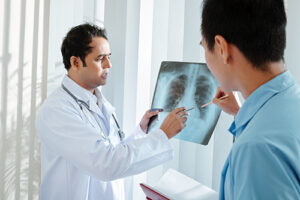 Respiratory Diseases and Pneumonia are a Concern for Seniors 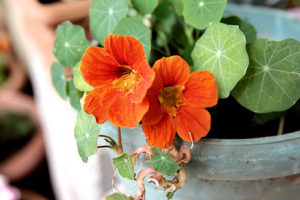 Herbs For The Lungs 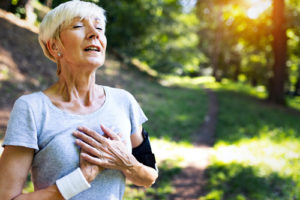 How to Prevent Allergies