In this article, you will learn what foods to eat with hiatal hernia and how to treat it naturally. However, before we get into hiatal hernia natural treatment, let’s take a closer look at the symptoms and causes of this condition. This type of hernia occurs when the upper part of the stomach passes to the thoracic cavity through the esophageal hiatus of the diaphragm. This anatomical disorder impedes the function of the sphincter or valve between the esophagus and the stomach in keeping stomach contents from returning to the esophagus.

The most common symptom of hiatal hernia is reflux of gastric content, which is usually highly acidic, into the esophagus. This acid attacks the esophagus and produces the typical burning sensation known as pyrosis. Hiatal hernia recipes and diet treatments will consist primarily of avoiding:

Proper posture that avoids pressure on the upper portion of the abdomen, as well as abstaining from tobacco, helps migrate the progress of hiatal hernia and the stomach inflammation that accompanies it.

Foods to Eat With Hiatal Hernia

POTATO: Potatoes are among some of the best foods to eat with hiatal hernia because it neutralizes the excess acid and reduce its production. This stops esophageal reflux. This, of course, assumes that they have been prepared healthfully and without fats. The greatest antacid effect is gained from raw potato juice.

CARROT: Because of their provitamin A content, carrots improve the function of the gastric mucosa by normalizing the production of acid juices. This helps avoid the reflux of acid into the esophagus.

SEAWEED: Seaweed is rich in gums or mucilage, substances with a great ability to retain liquids. Because of this, they retain stomach acids, keeping them from refluxing toward the esophagus.

POMEGRANATE: This is a power house when it comes to foods to eat with hiatal hernia because of pomegranates’ astringent effect, they dry the gastric mucosa, reduce the production of gastric juices and reduce inflammation in the stomach. Pomegranate juice reduces stomach acid and esophageal reflux.

Foods to Avoid With Hiatal Hernia

ALCOHOL: Alcohol increases acid production and weakens the lower esophageal sphincter that separates the esophagus from the stomach. Any type of alcoholic beverage, wine, in particular, aggravates the symptoms of hiatal hernia.

WINE: It has been demonstrated that wine, even in small amounts, fosters the reflux of stomach acid toward the esophagus, which produces a burning sensation and aggravates the symptoms of hiatal hernia.

COFFEE: Coffee relaxes the sphincter that separates the esophagus and the stomach. Coffee consumption increases the burning sensation associated with hiatal hernia and worsens the condition. Decaffeinated coffee also increases acidity, although to a lesser degree than regular coffee, according to a study at Bogenhausen Hospital of Munich (Germany).

SPICES: Is one of the main foods to avoid with hiatal hernia because it stimulates the production of acids in the stomach along with a certain inflammation of the esophageal and gastric mucosa. They should be avoided in cases of this condition.

CHOCOLATE: One tip on how to fix a hiatal hernia naturally is to avoid the foods on this list as well as reduce or eliminate chocolate. Because of chocolate’s content of sugars, fats, and stimulants, it encourages acid production in the stomach and esophageal reflux, thus aggravating the symptoms of hiatal hernia.

TOTAL FAT: This is another of the important foods to avoid with hiatal hernia. Any type of fat promotes acid reflux from the stomach into the esophagus and aggravates the symptoms of hiatal hernia. Fat intake must be reduced to a minimum to avoid reflux and the burning sensation that accompanies it.

MILK: Although milk momentarily relieves the burning and acid sensations, it tends to produce a “rebound” effect of even greater acid secretion. Milk, particularly whole milk, should be used with care or eliminated. 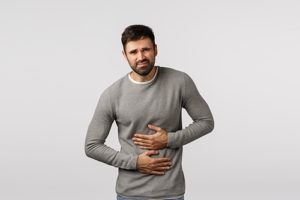 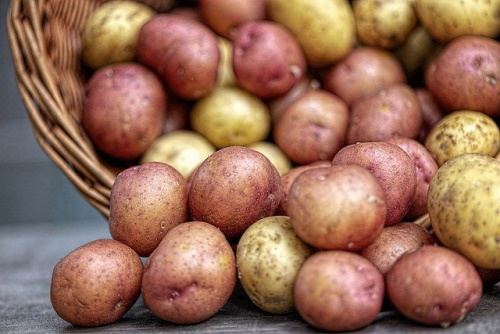 10 Foods to Eat With Gastritis 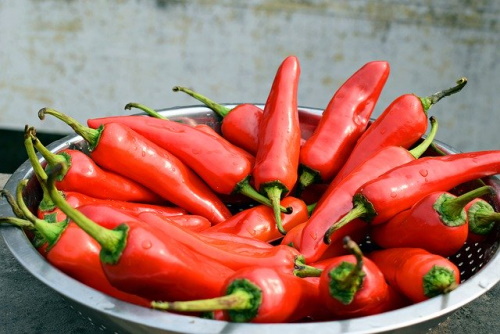